Grandpa, the Wandering Morlock of The Cloud

Beneath Cloudy mists toil a legion of temporary logistics laborers, making the smooth surfaces of supply chains gleam. Wal-Mart and Amazon deterritorialize the factory through a network of subcontractors. See WSJ on Amazon and HuffPo on Wal-Mart 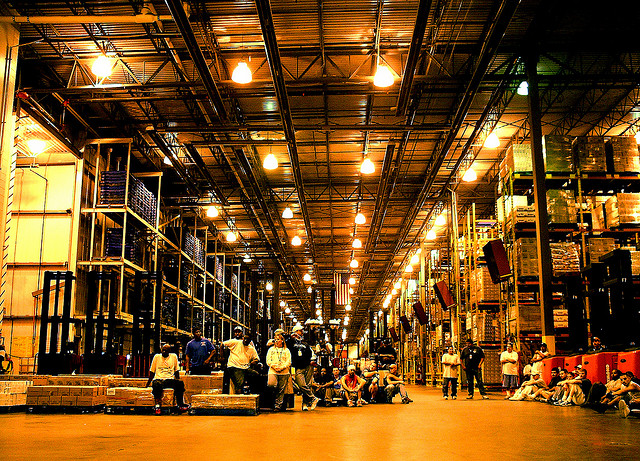 “A spokeswoman for Amazon, which has 51,000 staffers excluding seasonal workers world-wide, said it hires “thousands” of temporary workers for the holidays, but declined to disclose specific numbers. It said it quadrupled its staff at its warehouse in Phoenix to 1,200 to handle the end-of-year rush.

Many of these employees belong to the community of “workampers,” a sort of modern-day migrant worker. Many of them are retirees who spend all or part of the year living in RVs and taking odd seasonal jobs around the country. While some workers really need the money, others said they take the gigs to help fund their adventures or just for fun.

Many current and former seasonal workers said Amazon pays decent wages—about $12 an hour plus overtime in Fernley, which is about 50% better than minimum wage here. But that is in exchange for long hours and tedious labor.”