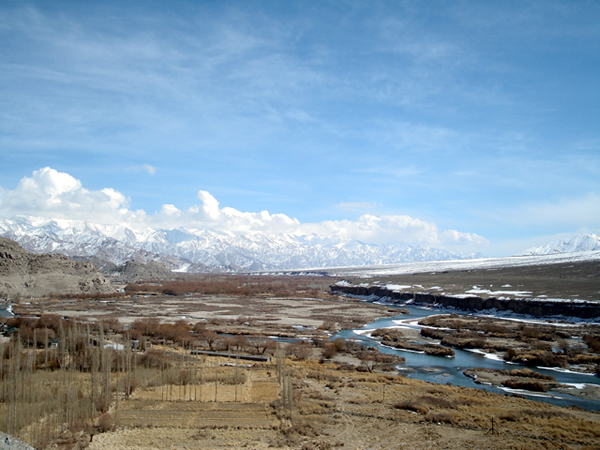 Adaptation on the Roof of the World

At 11,500 ft, between the Himalayas and the Karakoram, the city of Leh is Ladakhʼs commercial and government hub and home to more than 30,000 people (about a quarter of the regionʼs total) who trace their ancestry through the Silk Route. The high-altitude desert landscape is also home to a unique ecosystem, with 13 animal species indigenous to the region including the rare Ladakh Urial and the endangered Snow Leopard. Both human and natural systems are in the front line of rapid environmental and socioeconomic change. 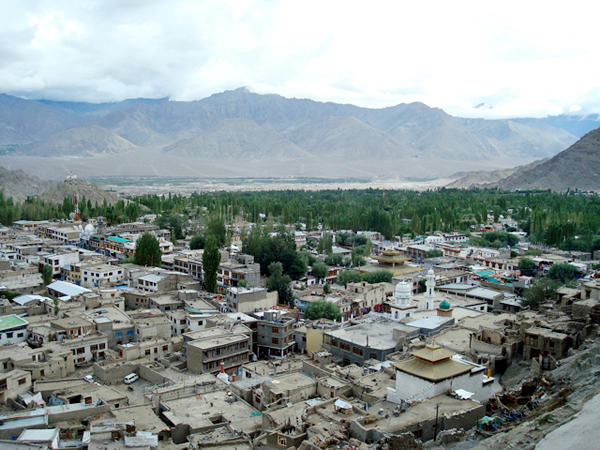 It is February. I am at the office of the Renewable Energy Development Agency, talking to the Agencyʼs CEO about a hydropower project that is underway on the frozen Indus, just a few hours away along the river valley that carves through the high mountains. The ground temperature outside at noon hovers around five degrees above freezing; at night, it plummets to 20 degrees below. The air is very dry. Ice on the roads ablates in the mid-day sun. Across the valley, a thin veneer of snow picks out the topography of a vast alluvial fan which carries sediment into the Indus. The city is almost deserted, a few cattle grazing on cardboard in the road-side detritus. Restaurants and shops are mostly closed down for winter. Army trucks rumble over the ice to deliver supplies that have arrived by air. In the villages, yak and goats are brought indoors to shelter from the harsh winter. Survival needs more than electricity and water supply. Here on the roof of the world it takes a special kind of adaptation to survive. 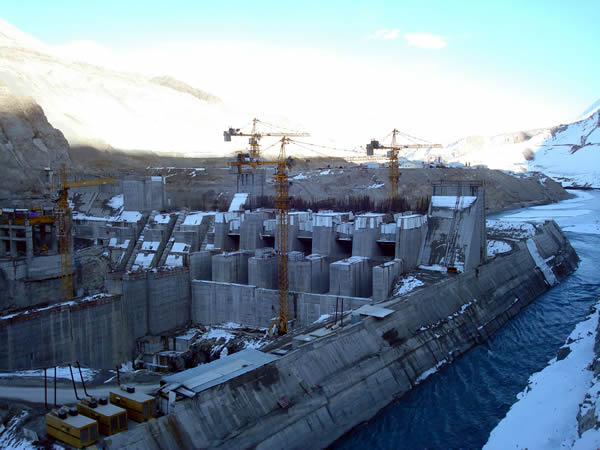 For humans, adaptation is about applying skills and knowledge to use resources and technology to increase options and resilience. The adaptive capacity of a community is a function of individualsʼ ability within the system to collectively use opportunities available to them to change internal structures and processes, increasing choices and chances of survival under change. Human security is felt and experienced¹: communities know when their adaptive capacity is functioning well. In Ladakh, living with change means doing more with less – not because there is suddenly less, but because in a remote, resourceconstrained, ecologically sensitive area, working with what is available is the first and sometimes the only option. Unlike computer parts, tourists and food supplies, adaptation does not arrive on a plane from Delhi.

By 2025, Ladakh will emerge as [Indiaʼs] best model of hill area development in a challenging environment, with its sustainability embedded in ecological protection, cultural heritage and human development.” 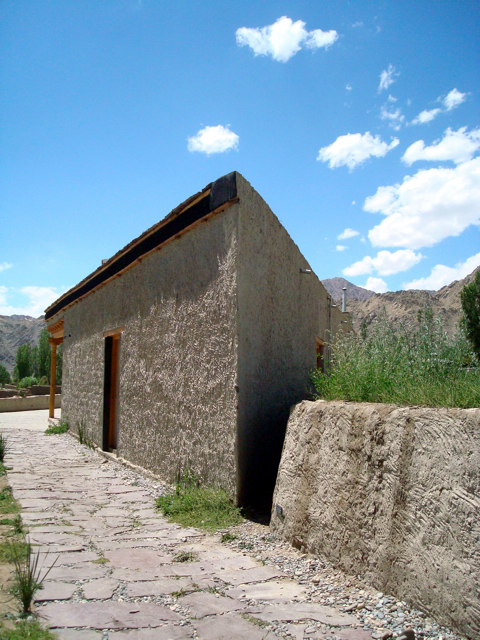 As a region, Ladakh has a wealth of opportunities to use ideas and technology available to it to realise its 2025 vision, because it has the human resource (particularly among the younger, university-educated generation, who are returning to Ladakh in larger numbers than in other mountain communities of the Himalayas), natural capital (some of the best solar and geothermal potential in south Asia), funding (from private investors and Indian government schemes) and strong social values which remain largely intact – despite outside influences. A knowledge fusion is taking place in modern Ladakh: pressure from national investment schemes combined with the aspirations of its young generation is driving a wave of economic growth and creativity, which has begun to change the way ʻoutsidersʼ view this traditionally isolated mountain kingdom. Ladakhʼs interface with the world is evolving and the aspirations of its people are evolving with it. In the tranquil warmth of a July afternoon, I am interviewing Stanzin Lamo and Wangyal Dorje. The creative vision of Stanzin and her cousin Kunzes Angmo, exemplifies the redefining of contemporary Leh. Opened in 2009, their restaurant, ʻBon Appetitʼ is an innovative fusion of tradition and sophistication, with subtle details that echo Ladakhʼs rich history. Traditional architectural details are vanishing in Ladakh: Stanzin and Kunzes have incorporated such details into the design of their building, without losing its modern appeal. Skylights in the storeroom and bathroom provide light and ventilation, drawing air as the desert wind blows across the flat roof. The low wall at the edge of the terrace echoes the form of a mani wall. The flat roof reflects the mid-day heat – and at night-time provides an observatory for star-gazers. The gentle curve of a raised area inside the building continues its line across the outside terrace, exactly mirroring the curve of the field edge on the hillslope where the restaurant grows food for its menu. River pebbles in the terrace were brought from the Indus and laid by hand. Stanzinʼs brother designed the furniture, made in Leh using wood brought from Kashmir; poplar wood for the building structure was sourced from villages across the district. The slates in the floors and pathways were brought from Chilling, near the confluence of the Indus and Zanskar rivers. It is a meeting place for ideas and cultures, a blend of local and global. The building itself and the philosophy that created it is at the interface between heritage and modernity in Ladakh. 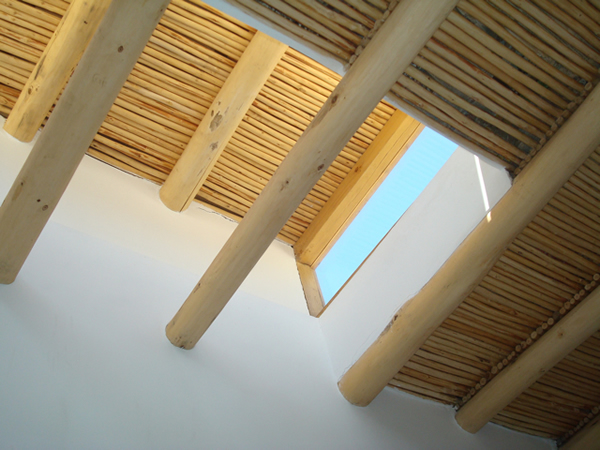 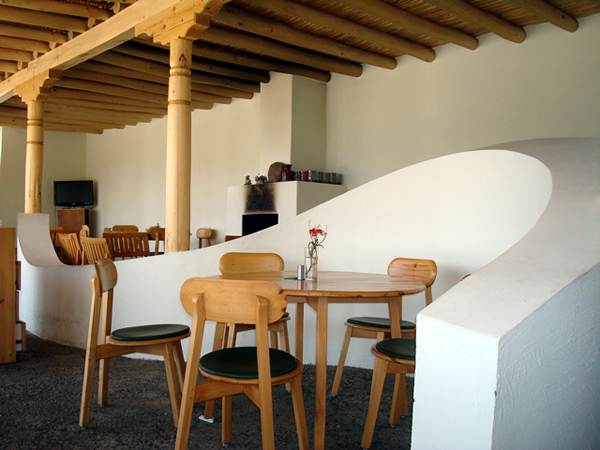 Such innovation occurs when there is a flow of knowledge and ideas between different communities. Extreme innovation, of the type that has begun in Ladakh, catalysed by environmental and economic change, pushes the limits of capabilities, networks and technology. To realise the potential, Ladakh must do what it does best: adapt. By selecting the best available technology and information, fusing it together with indigenous capabilities and knowledge, Ladakh is demonstrating the true meaning of adaptation in a rapidly changing world. “My vision for the future?” says Wangyal Dorje. “A family living in a village house with their kitchen garden, intact social values – and grandfather sitting with a laptop surfing the internet.”

In the early hours of 6 August 2010 a highly localised cloudburst over Leh set off a flash flood which devastated parts of the city, inundated the hospital and severed communication lines. For a region which typically receives only 15mm rainfall in the month of August, this rare and extreme event has wrought havoc with an infrastructure which is not designed to withstand such shocks. By 9 August, 172 bodies had been recovered from the mud. Almost 1,000 homes have been destroyed or damaged. Less than one week after the disaster, a task force comprised of representatives of the Hill Council and local engineers is planning and organising re-housing for displaced and homeless citizens. The current challenge is to build homes before the winter sets in, that will withstand the sub-zero temperatures and provide durable shelter – in an as yet unknown climate.

¹OʼBrien, K., ʻAre we missing the point? Global environmental change as an issue of human securityʼ, Global Environmental Change (2006), 16, pp.1–3